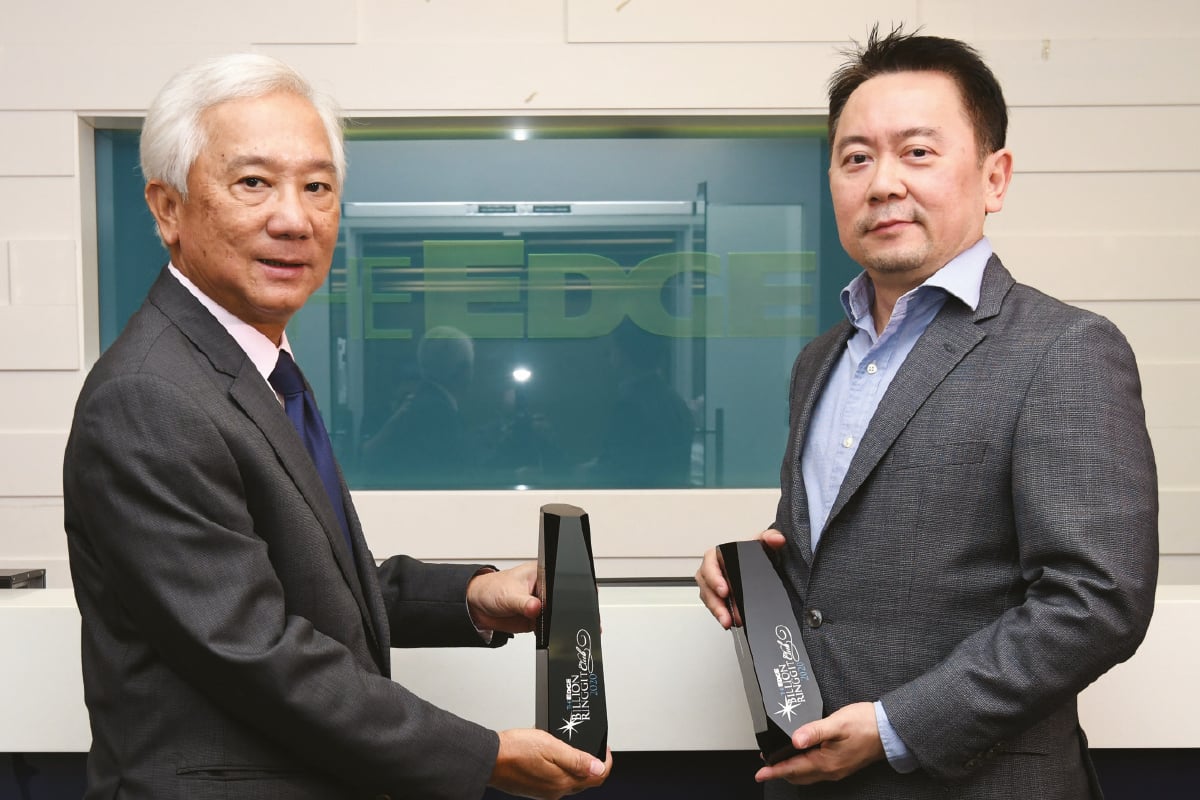 Global semiconductor industry sales contracted 12.1% year on year to US$412.1 billion in 2019, mainly due to the ongoing US-China trade war as well as cyclicality in product pricing, according to the Semiconductor Industry Association.

But the global trend did not seem to have disrupted the earnings growth momentum of Frontken Corp Bhd, a second-year member of The Edge Billion Ringgit Club (BRC).

Frontken Corp has production facilities in Malaysia, Singapore, the Philippines and Taiwan, with a workforce of 1,130. It specialises in providing testing and precision cleaning to the semiconductor industry.

Semiconductor companies account for close to 80% of Frontken’s total revenue. Geographically, Taiwan is its key market, contributing 55% to its revenue.

Its outstanding financial performance has seen Frontken bag The Edge BRC award for highest growth in profit after tax over three years in the technology sector. It is a joint winner for the category.

Frontken attributed the improved earnings in FY2019 mainly to its semiconductor division in Taiwan and Singapore as well as its engineering business in Malaysia and Singapore. Revenue from Taiwan has seen a steady increase to RM186 million in FY2019, from RM125.9 million in FY2016, as customers ramped up in production.

Apart from steady earnings growth, the big leap in its share price also won Frontken the award for highest returns to shareholders over three years in the technology sector.

From a penny stock, Frontken has turned into a big-cap counter with market capitalisation of more than RM1 billion with its solid earnings performance over the three-year period. Its share price soared to RM2.53 on June 30, 2020, from a mere 29 sen on June 30, 2017, bringing its total return to 106.3% during the period.

Frontken’s confidence mainly hinges on a strong set of results in the first half of FY2020. Despite the harsh economic conditions, it announced record-breaking quarterly earnings of RM20.33 million for the second quarter ended June 30, up 23.06% from RM16.52 million.

The impressive earnings increment was mainly driven by its subsidiary in Taiwan, where domestic economic activities were not badly affected by the Covid-19 outbreak, thanks to its effective measures in containing the spread of the coronavirus. The strong performance was also lifted by a wider profit margin due to improved efficiency across the group.

Frontken chairman and CEO Nicholas Ng Wai Pin told The Edge in August that the second half of the year was traditionally the stronger period with better demand from its semiconductor-linked customers. He is anticipating a recovery in the oil and gas industry after the pandemic-induced disruption.

“We are in the process of expanding our facility in Taiwan to better cater for an anticipated increase in business from our customers. While we have not made any significant changes to our key policies, we remain committed to delivering sustainable shareholders’ return through both dividends and capital growth,” he said.

“We will continue to make prudent decisions in our investments and take appropriate steps to strengthen our growth potential and the value of our business, both organically and/or via mergers and acquisitions.”